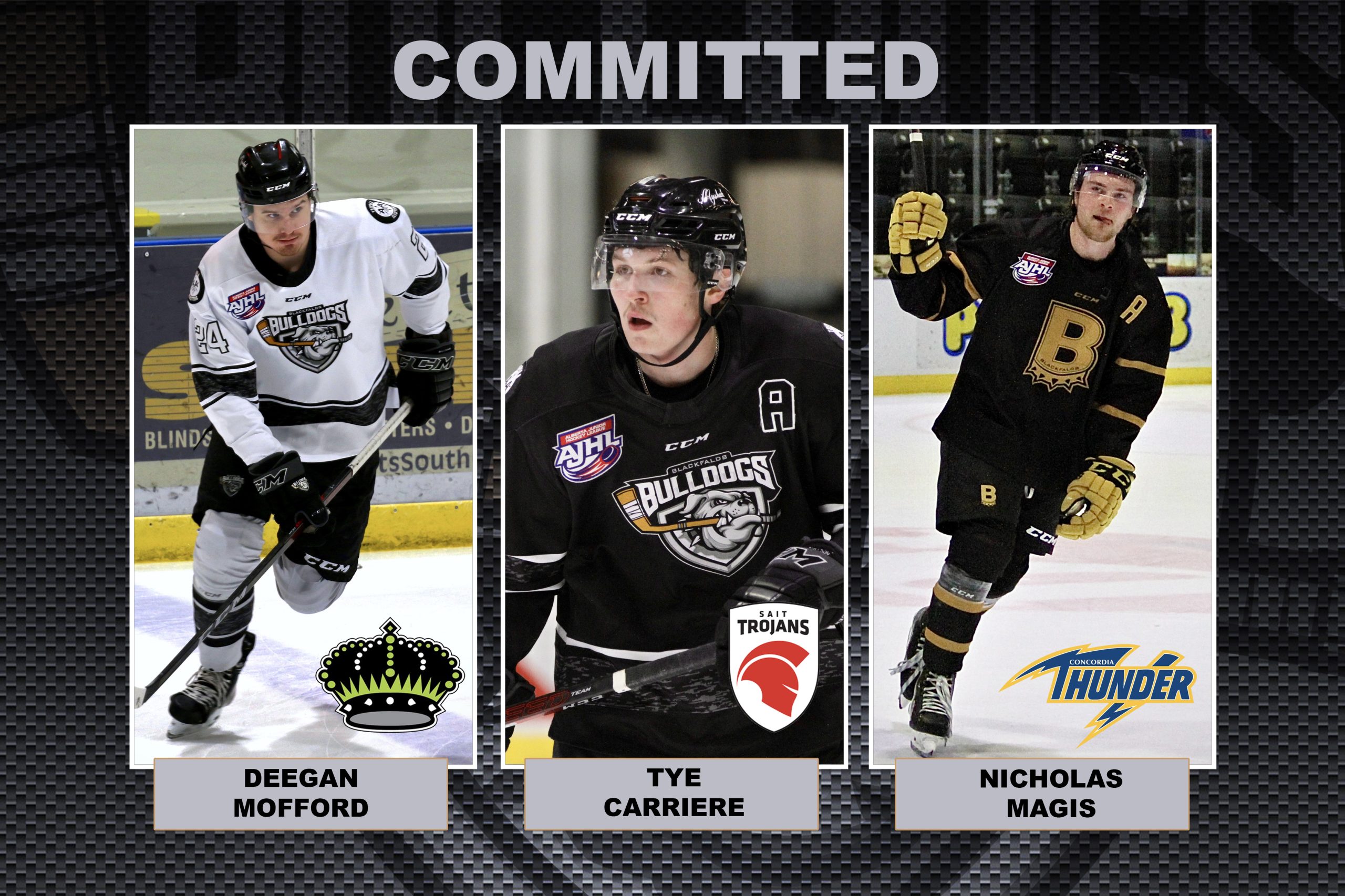 Carriere, Mofford and Magis were all core pieces of the Bulldogs roster during their inaugural season in 2021-22 and were integral in setting a high standard, both on and off the ice, for the young team throughout the year. All three players will compete within the Alberta Colleges Athletic Conference (ACAC) next season (2022-23).

“We’re extremely excited that these three terrific young men have chosen to continue their playing and academic careers on to the next ACAC level,” West expressed. “As 20-year-old players on our inaugural roster, Deegan, Nick, and Tye helped us create a culture and identity for our program as leaders, and we are proud that they will take along those qualities as good people to their new programs.”

Tye Carriere (Red Deer, Alta.) appeared in 56 games for the Bulldogs and finished third in team scoring with 18 goals and 40 points, including 4 game-winning goals (GWG) and 70 penalty minutes (PIMs). He is committed to the SAIT Trojans for the 2022-23 season.

Nicholas Magis (Leduc, Alta.) finished the 2021-22 season ranked fourth in Bulldogs team scoring, with 12 goals, 24 assists, 36 points in 56 games for the Bulldogs. Magis was awarded the ‘Q2 Artificial Lift Systems Working Champion Award’ by the team at the end of the season. He is committed to the Concordia University of Edmonton Thunder for 2022-23.

Deegan Mofford (Rocky Mountain House, Alta.) registered 6 goals, 11 assists, (17 pts.) in 22 games during the 2021-22 season. At 6’3, 220 lbs, he is a commanding physical presence on the ice and provides proven point-production capabilities, averaging 0.8 points per game last season. Mofford is committed to the Red Deer Polytechnic Kings for 2022-23.

The entire Bulldogs organization would like to wish Deegan, Nick and Tye all the best in their hockey careers and respective future endeavours.