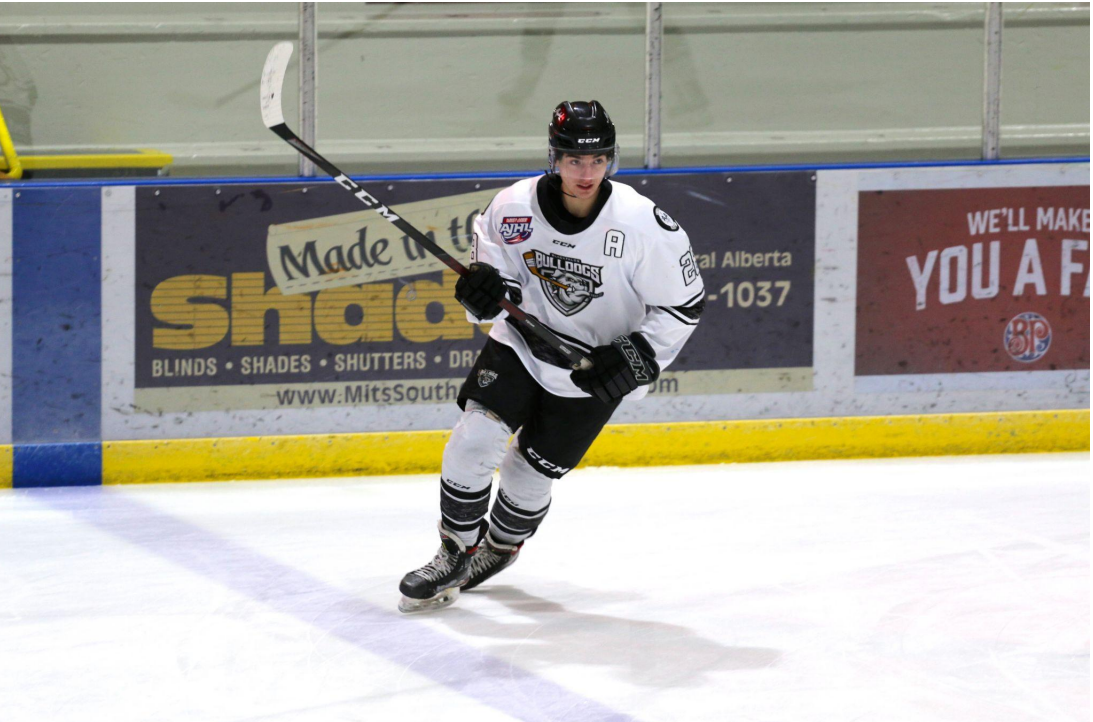 Blackfalds went into Olds Saturday night with back-to-back victories to their name, and with the Grizzlys having dropped their last three, both teams had opposite reasons to be desperate for a win.

Blackfalds came out of the gates flying, with a pair of first-period power-play goals from Jason Siedem and Layne Loomer, on either side of a Jayden Joly shorthanded marker. Olds hadn’t been generating anything offensively through the first three-quarters of the first, but a takeaway from Tyler Green in the Blackfalds zone eventually presented Alex Hollands with the chance to score, giving Olds some life. The Grizzlys would score both goals in the second period, the first shorthanded from Kasey Hiemstra, and the second four-on-four from Tanner Klimpke.

Layne Loomer would notice an early third-period goal to re-establish Blackfalds’ lead, but Tanner Klimpke and Colby Browne scored back-to-back third-period goals to give the Grizzlys their first lead of the hockey game, with Browne’s goal coming just over two and a half minutes from the third period’s end. With Bulldogs goaltender Matthew Hennessey on the bench and Olds’ Niklas Gudmundson in the penalty box serving a too many men penalty, Jason Siedem would take a pass from Tanner Willick and fire a wrist-shot through traffic and past Marek Andres in the Grizzlys net. Just 32 seconds into overtime, a slick passing play between Tanner Willick, Brett Meerman, and Tyler Wallace led to Wallace tapping the puck past Andres, giving Blackfalds a 6-5 overtime win and their third straight victory.

Blackfalds’ top line had all five goals against Lloydminster Friday, and in Olds Saturday combined for ten points with Siedem and Meerman notching three points each, and Wallace earning four.

The Bulldogs’ next game comes Tuesday night in Camrose, marking their second of a four-game road trip. Their next home game is Tuesday, October 25 against Olds.