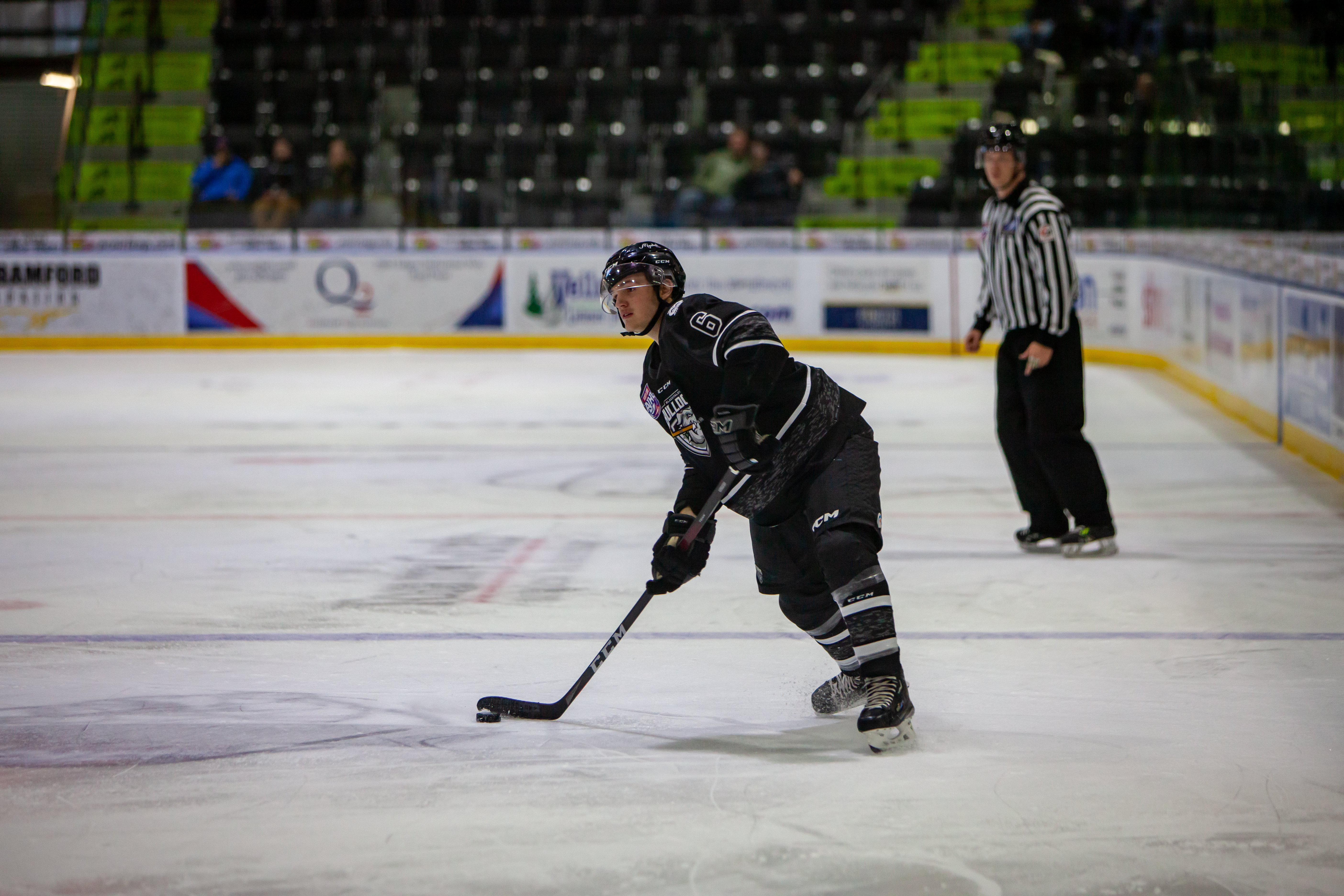 The Calgary Canucks and Blackfalds Bulldogs played against each other for the first time this season, with the Canucks defeating the Bulldogs 3-1 in a spirited affair.

Both Matthew Hennessey and Spencer Borsos were razor-sharp through the first two periods of play, each beaten only once through forty minutes, with Hennessey making 19 saves and Borsos making 17. Dylan Bidyk’s first of the year gave the Canucks a 1-0 lead just 1:28 into the second, with Bidyk pinching in from the line and beating Hennessey on a rebound chance in front. Brendan Ross fired in a rebound of his own less than three minutes later, beating Borsos on his glove side after Tanner Willick’s point shot was knocked down onto the stick of Ross in the slot. Blackfalds and Calgary seemingly didn’t want to play five-on-five, with both teams taking a combined 24 minutes in minor penalties through the first two periods.

Calgary would finally score on the man advantage early in the third period, with Ty Hipkin finding the puck in the slot after a crazy bounce that saw it bounce from behind the net straight in front. Hipkin fired it into the net, giving the Canucks a 2-1 lead. Blackfalds would come painfully close to tying the game throughout the remainder of the third period, with both Jason Siedem and Tyler Wallace hitting the post or the crossbar late. Every Bulldog shot that found the target, however, was saved by Spencer Borsos who made 31 saves on 32 shots in a first-star effort. Ty Hipkin scored late into an empty net to give his team a 3-1 lead and a second straight win.

The Bulldogs see their four-game winning streak snapped to a Calgary team that has now produced two stellar efforts in a row, the first an overtime win against Okotoks on October 30, and the second a 3-1 win over a Bulldogs team that had, coming into this game, lost just one game since October 10, winning seven of eight in that span. The Bulldogs host the Sherwood Park Crusaders tomorrow night. The Crusaders defeated the Olds Grizzlys 4-1 tonight and will come into Blackfalds tomorrow having lost just once since October 8.