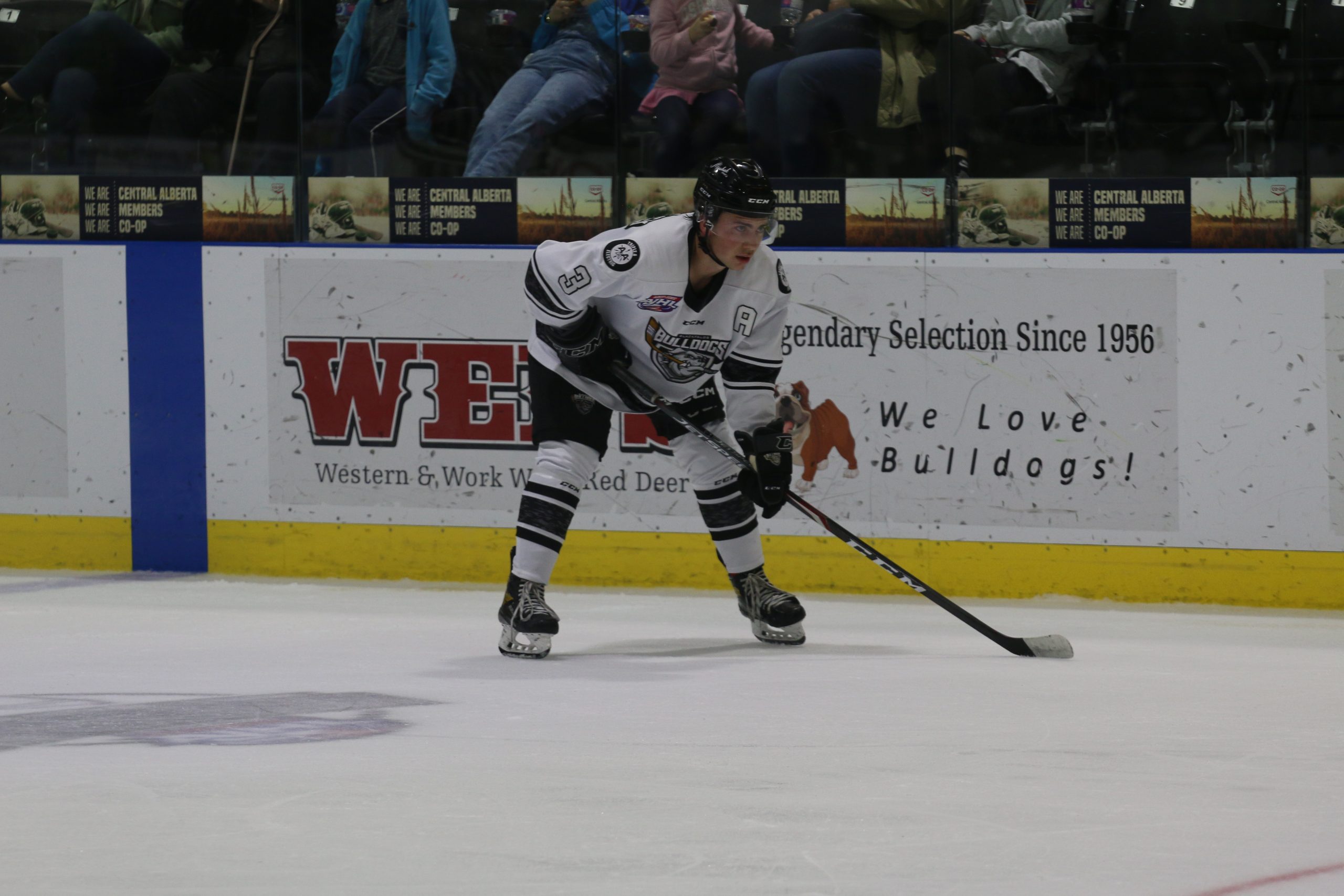 The Blackfalds Bulldogs and Lloydminster Bobcats came into Sunday’s matinee showdown in vastly different runs of form; for Blackfalds, they’d won five of their last six games, while Lloydminster had lost three straight and four of their previous five. The two teams had their first matchup of the season less than two weeks prior, with Blackfalds coming from behind to down Lloydminster 5-3 on October 14. With the Camrose Kodiaks now having won three straight games, Blackfalds needed to win to ensure they keep pace with the Kodiaks near the top of the South division standings.

After a first period that saw both teams trade chances without scoring, Tyler Wallace made it 1-0 Blackfalds just 33 seconds into the second period. Lloydminster would strike back just after the halfway point, with Rylan Ringor finding a tying goal for the Bobcats. Blackfalds, however, would re-take their lead less than two minutes after Ringor’s equalizer, with Jayden Joly earning his fourth goal of the season.
Eight minutes into the third period of play, Lloydminster’s Brock Krulicki took the only penalty of the third period, going off for hooking. The penalty would prove costly for Lloydminster, as Blackfalds’ second powerplay unit would cash in. Jayden Joly and Spencer Bell would earn their second points of the night with assists, and Brendan Ross would notch his fifth goal of the season to give Blackfalds a 3-1 lead. Brett Meerman would add an empty net goal to make it 4-1, giving him his second point of the night and his twenty-ninth point on the season. Matthew Hennessey earned a win with a stellar performance, making 35 saves on 36 shots.
Blackfalds finishes their four-game road trip with a 3-1-0 record, taking a 10-5-1 back to the Eagle Builders Centre for a four-game home stand that starts with the Olds Grizzlys on Tuesday, followed by a Friday night date with the Fort McMurray Oil Barons.
Share on Facebook Share on Twitter