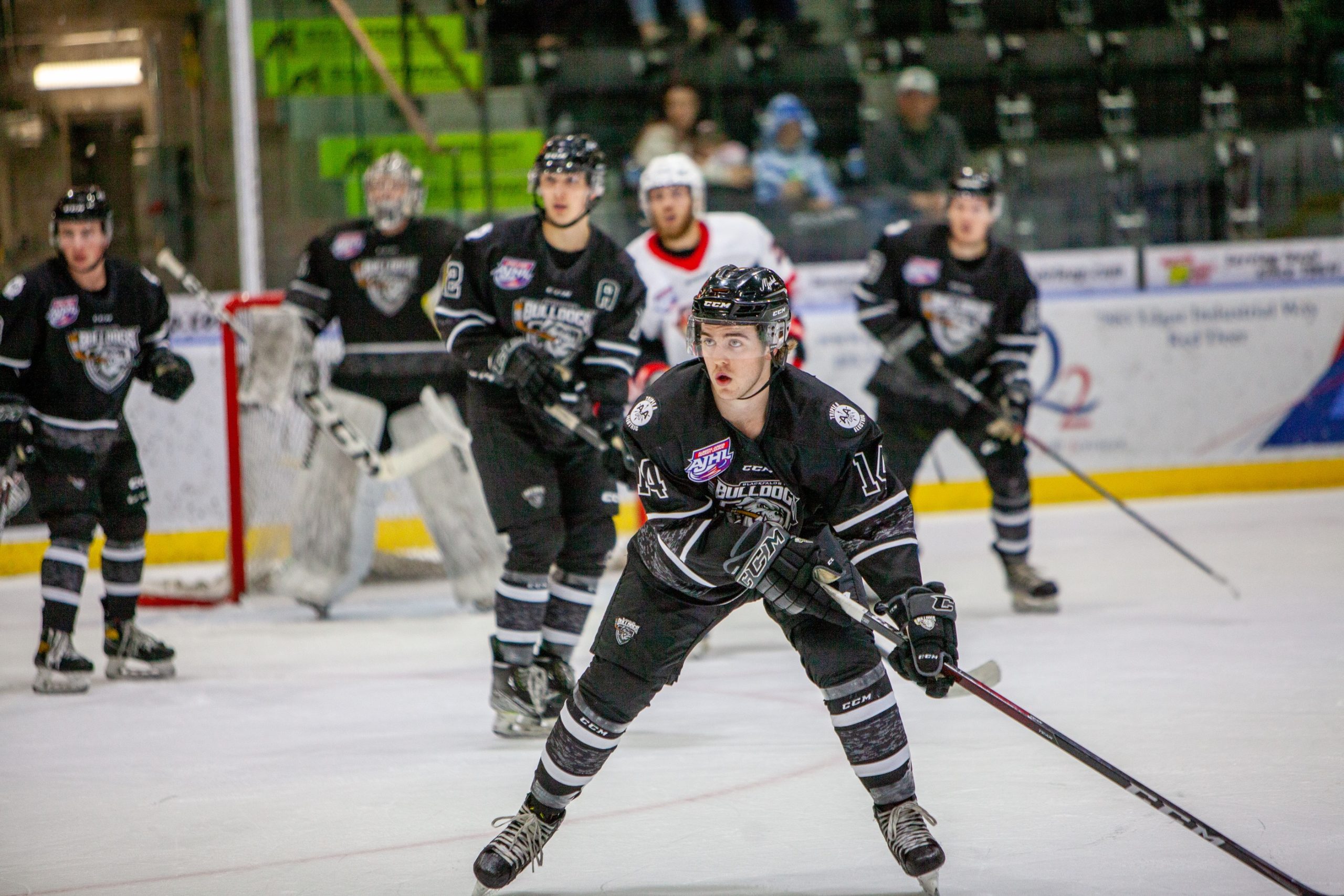 Both the Blackfalds Bulldogs and the Camrose Kodiaks came into Monday’s game fully aware of the situation in the AJHL south division standings; Camrose sat four points clear of Blackfalds, but the Bulldogs had two games in hand. Both teams started the hotter of their goaltenders, with Charlie Zolin getting the nod for the Bulldogs and Robert Andreakos in between the pipes for the Kodiaks.

Tanner Willick scored the only goal of the Bulldogs-controlled first period, walking in from the left-hand side and pulling the puck to the backhand to slide it past Andreakos.

Connor Dick opened the scoring in the second period, giving Blackfalds a two-goal lead they would hold for just over ten minutes of game time until Ryan Sullivan would start the Kodiaks comeback, scoring a powerplay goal on a 5-on-3 to cut the lead down to one. Sullivan would then sneak a sharp-angle shot past Zolin with 25 seconds to go in the period, tying the game 2-2.

Dick would score his second of the game with less than five minutes left, placing a wrist shot over Andreakos’ glove, to give Blackfalds a late lead, but Camrose would yet again find a way to tie the game. With the goaltender pulled, Cooper Sharp snuck in from the point and found a rebound at the side of the net to backhand the Kodiaks back into a tie.

The two teams would play a hectic overtime that featured two different breakaway saves from Zolin as he held the Bulldogs in the game, but eventually, Camrose’s overtime dominance would lead to a goal, as Sharp would find a way past Zolin’s blocker to give Camrose a come-from-behind 4-3 win.

For the Bulldogs, this marks their first game in a week that they play four times, twice more at home. On Wednesday night, they’ll take on the Whitecourt Wolverines at the Eagle Builders Centre, with the puck drop scheduled at 7:00.