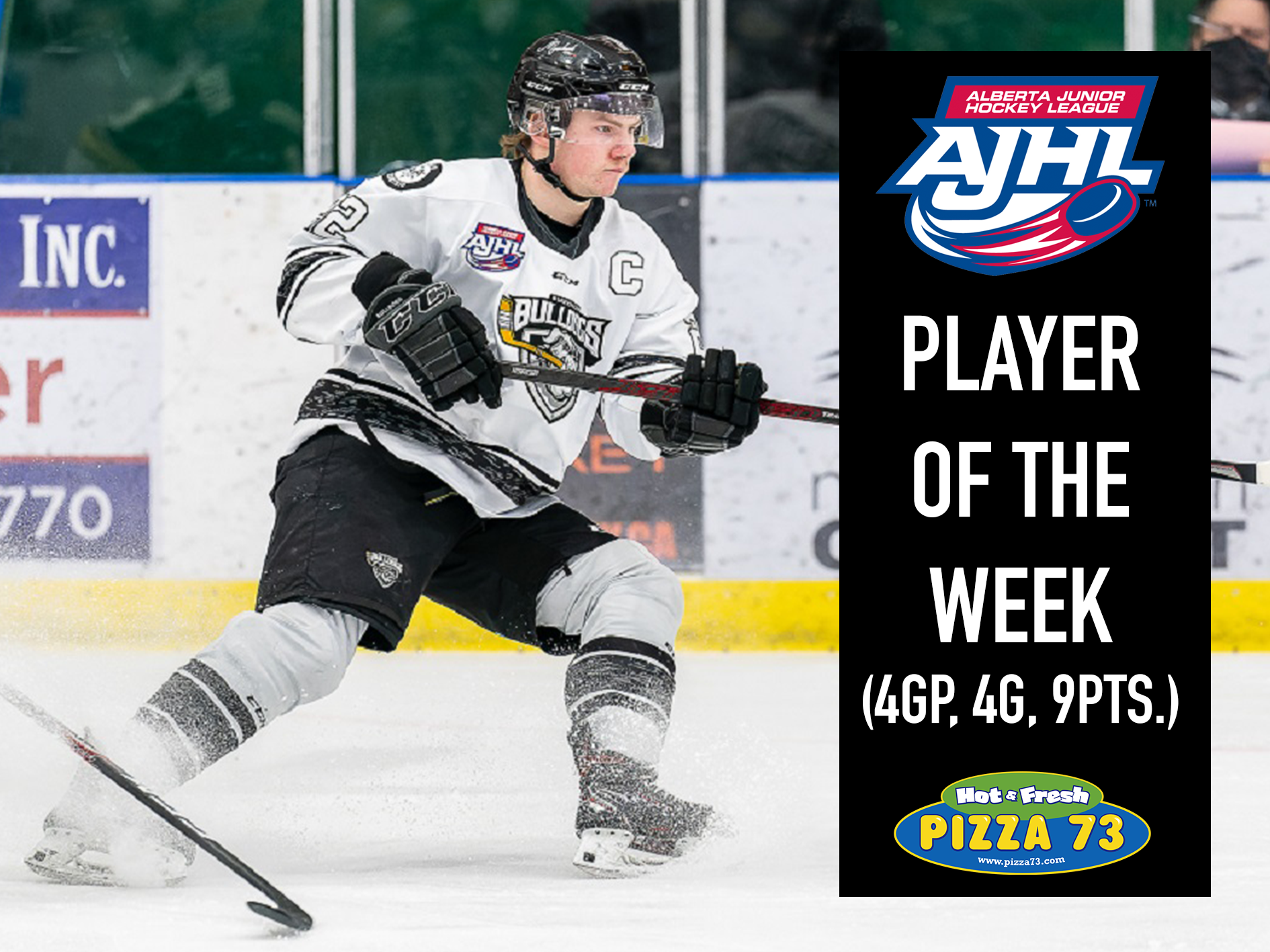 The first Pizza 73 AJHL Player of the Week for the 2022-23 season is Blackfalds Bulldogs captain, Brett Meerman. Meerman had nine points (4G, 5A) in 4 games which leads the AJHL after the opening games of the season from September 16th – 25th, 2022.

Brett Meerman was awarded as a Viterra AJHL Star of the Game in his first three games of the regular season after scoring in each contest. He scored the only Bulldogs goal on September 16th in a 3-1 loss to the Olds Grizzlys on opening night, and followed that up with two goals in a 3-2 win over the Canmore Eagles the following night.

On September 23rd, the four-year AJHL veteran added a goal and an assist but the Bulldogs fell 5-4 to the Camrose Kodiaks.  Once again, Blackfalds rebounded on night two of the weekend and defeated the Brooks Bandits 6-3 with Meerman contributing three assists.

Meerman and the Bulldogs will now welcome the AJHL to his hometown of Blackfalds, AB for the 2022 AJHL Showcase from September 29th – October 2nd.