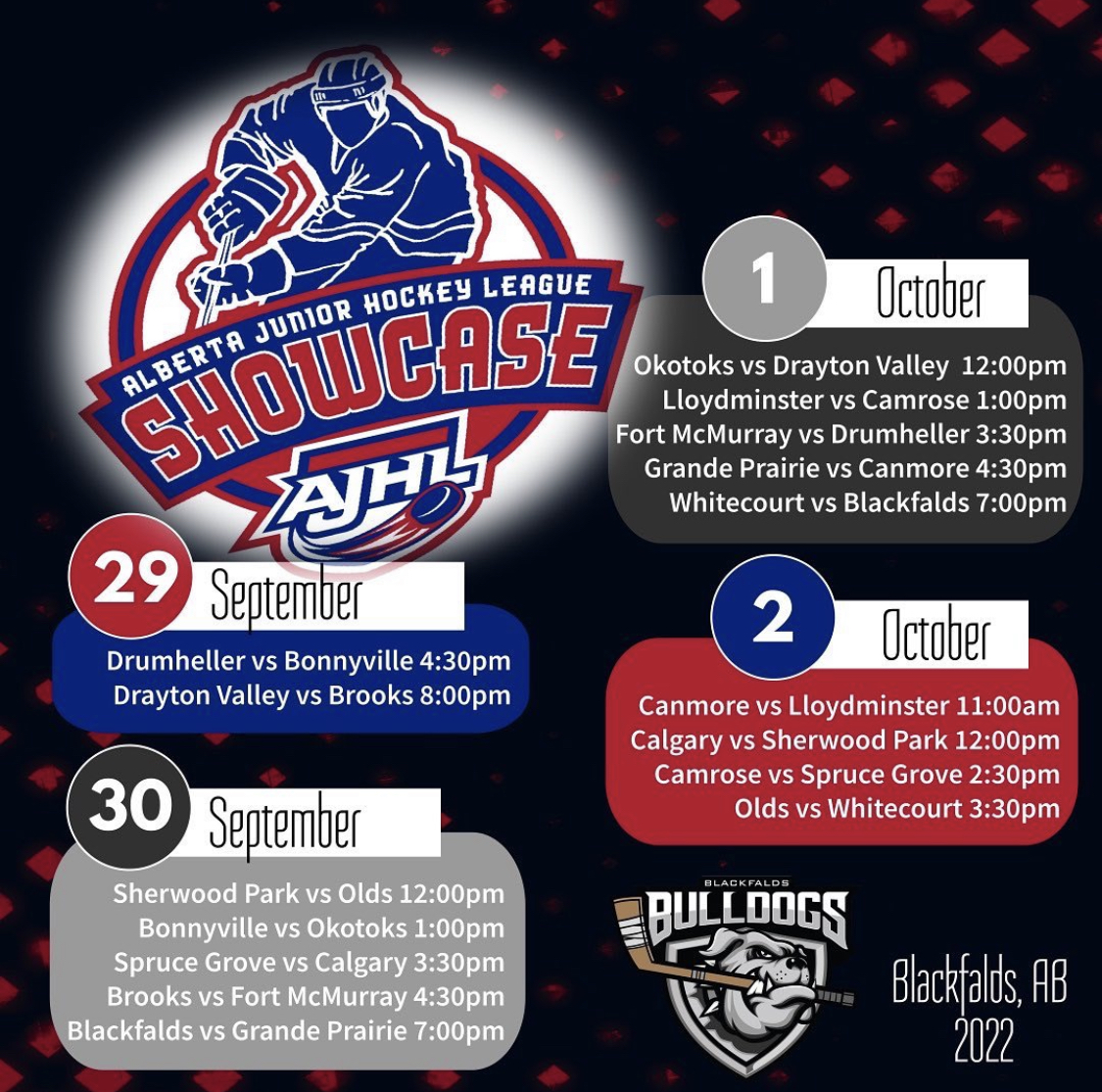 The event will kick off with a game between the Drumheller Dragons and Bonnyville Pontiacs, followed up by a meeting between the reigning National Champion Brooks Bandits facing off against the Drayton Valley Thunder.

The showcase will be held at the Eagle Builders Centre in Blackfalds, AB in late September, and the weekend offers a unique chance for all 16 AJHL teams to gather in one location. Regular season games will be played in front of a concentrated collection of scouts and evaluators, representing many different postsecondary and professional organizations from the National Hockey League (NHL), NCAA Division I, II and III schools, plus Canadian colleges and universities, as well as the Canadian Hockey League (CHL).

More information on how to get involved as a volunteer, plus ticket purchasing options will be announced soon. Stay tuned!